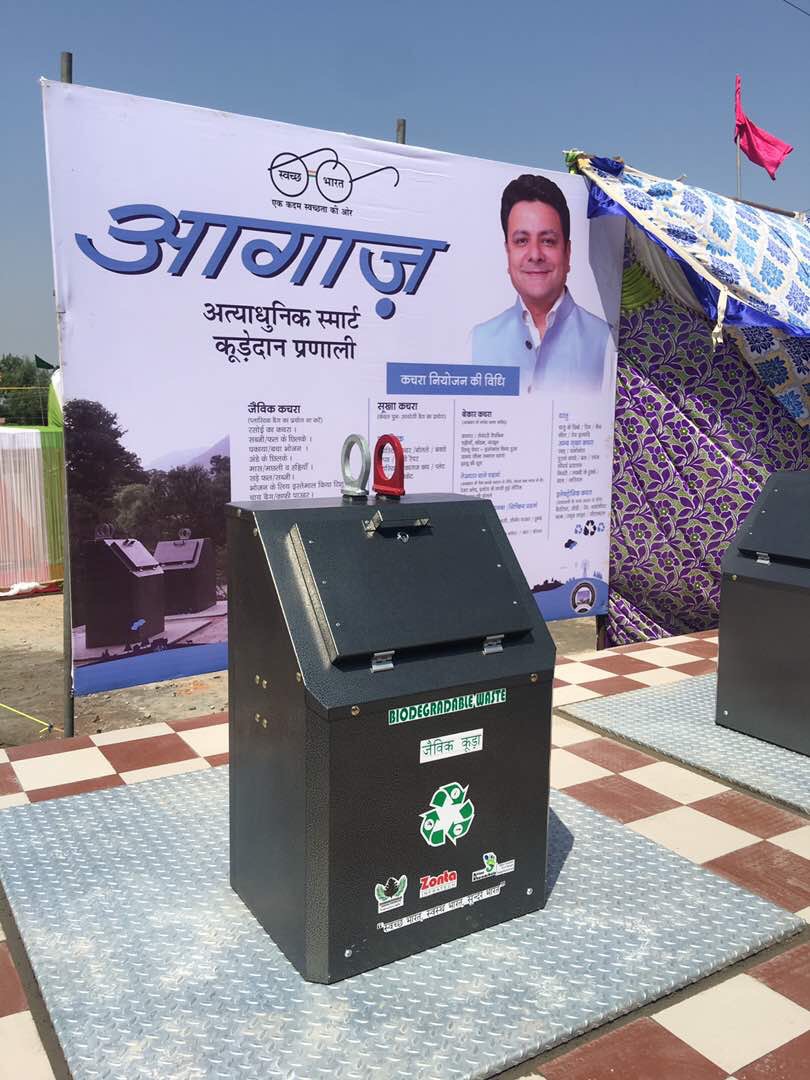 “Aagaz” (the beginning) has been kindled by Mr. Sudhir Sharma (Minister of Housing, Urban Development and Town & Country Planning in the Government of Himachal Pradesh). Aagaz, the word itself holds enormous beauty and so does the initiative that Mr. Sharma had taken up.

Dharamshala is the first city in the country to have the city wide sensor based underground wastebin network. The city that’s enveloped by the mighty dhauladhars and is ornamented with bhuddhist overtones, now wears a distinct panorama after the launch of the underground wastebins.

10 THINGS YOU NEED TO KNOW ABOUT THIS SYSTEM

1. NEXUS NOVAS, a Netherlands company had conduct a feasibility study for making the state a ‘Waste Free’ or ‘Zero Waste State’ and has thus installed these bins.

2. The alarm would divulge the concerned department once the bins fill up and the dustbins would be hydraulically lifted and cleared by the corporation.

3. Authorities would come to know about the filling status of dustbins on their mobile phones. Hence, they would be able to clear the dustbins in a time-bound manner.

4. The problem of filth and stink would be automatically solved.

6. No stray animal or rodents littering the garbage.

8. The bins are designed as low-level- throw-ins, so that the physically challenged people and, children can easily use them.

9. The system is fully automated hence the possibility for physical contact with the waste is reduced resulting in improving working conditions for sanitary workers.

10. 70 hi-tech underground waste bins have been placed and made functional.